Copied from: The Value of Prepping for Due Diligence: Interview #3 – Pivoting

Adam Layton, the Founder of Front Seat, Inc., had a brilliant idea — provide all the excitement and fun of the television shows like America’s Got Talent and The Voice — but from the convenience of your own cell phone, computer or hand-held device. Adam self-funded his idea for more than three years, working with several different software developers to build various versions of the idea. But something was missing. None of the development partners really understood Adam’s vision. He’d managed to develop something “cool” and “fun” but it lacked that special something to make it irresistibly sticky.

What was the challenge that you kept running into?

Our concept continued to evolve as we brought in new developers, so our business model had to keep evolving. The model and the financial plan were features-driven. They depended completely on getting a large user base and assumed that said users would engage in a variety of activities that generated revenue. Each time a new development team took over the project, the set of “bells and whistles” changed somewhat — and thus so did our business and financial model.  Worse, no matter how many changes the model went through it always depended on generating a large initial user base AND star power.

So the problem was which would come first?

Exactly. We didn’t know which one to focus on first because one always seemed dependent on the other and the only solutions we were hearing would be to spend millions on a massive marketing campaign to attract star power, celebrity endorsement and big joint venture partners. But we didn’t have that kind of money and we spent a lot of time trying to find investors who would back us, but they all wanted to see some traction first.

How did you meet Blue Moon Advisors?

I was introduced to Blue Moon and met with Tony Drexel Smith at the suggestion of two of my key advisors that had already worked with Tony. I decided to engage Tony to refine our business plan and financials, make them stronger in the eyes of investors. And we did that work together and Tony got me in front of several investors for quick pitches. But the pitch just was’t strong enough. We were seen as a concept, an idea without legs and I think for that reason we were perceived as too risky.

To get a large fan user base, Front Seat needed a large performer user base. To attract performers, Front Seat needed the large fan user base. To accomplish either, the company would need a lot of money for a massive marketing campaign. To attract that capital, they’d need a fully-functional technology system — the app, the site, the data servers, the e-commerce system and more. But Adam simply didn’t have the funds to accomplish all of this.

How did Tony advise you to get past this conundrum?

Tony felt that the “chicken and egg” problem was grounded in the B-to-C business model. His team thoroughly researched the marketplace and identified several other start-ups and new market entrants doing a variety of things somewhat related to what Front Seat planned. And they all seemed to have the same issue. Front Seat needed something unique and something that could attract large audiences without spending millions on marketing and user acquisition and that meant we needed a value proposition for someone that already had an audience of fans or users.

Tony encouraged our team to go back to the drawing board one last time with a specific goal: find a developer/joint venture partner that lacked what Front Seat had, a fully-developed, vetted business plan suitable for funding —  but had the key thing Front Seat lacked — a technology that would truly differentiate the offering from the myriad other new music industry apps out there because it would be patently attractive to someone that already had a large audience.

Did he continue to support you and your team through this exploration?

Yes for sure. Tony introduced us to another company that seemed to have unique technology but lacked the business team and funding preparedness Front Seat had. He felt we might be able to do a merger. We engaged in talks, but could not reach an equity-sharing agreement suitable to Front Seat. But the process spurred something in my memory. I recalled that one of the developers we had dialogued with previously had done some great mock-ups for Front Seat that included a wide range of additional potential features and benefits that were truly unique. But at the time, we were focused entirely on our own core build.

I decided to touch base with the developer and see if there were still grounds for a partnership. The developer had in fact continued to develop his concepts into a series of detailed plans, software development, marketing development and IP that, if it worked, would represent a ground-breaking development in peer-to-peer music sharing that protected the IP owner’s interests 100%, yet still offered a way to spread music from new and unknown artists virally. But, he lacked the business plan, financial due diligence, advisors, and mentors that we had.

After several meetings and conversations, we formed a partnership and the initial version of a dynamic new entertainment technology, with both B-to-C and B-to-B applications, huge viral potential and excellent monetization capabilities was completed within a few months.

As of this writing, Front Seat is poised to enter the B-to-B marketplace with several major customers who bring large fan bases. The refined business model will enable to company to be in revenues quickly and with very modest up front capital outlays. The capital raise can thus now be done seeking expansion capital, a less risky ask for investors, rather than market-proof capital.

Key Takeaway: A good mentor can often see what you can’t, because you may be so focused on your own defined mission that you aren’t able to see a potential pivot. A mentor with enough business experience can often identify exactly what is keeping you stuck. If that mentor truly understands what investors most value, he or she can be doubly valuable to you. Contact me at www.IntelliversityCampus.org/Connect to discuss your need for such mentoring and a warm introduction to mentors right for you such as Blue Moon Advisors. 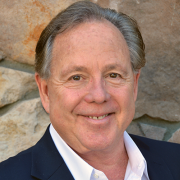 Angel investor and venture fund manager; advisor on investor pitching and investor relations, due diligence, impact investment, Reg. A+, Crowdfunding and Revenue Royalties. He’s author of the recent books _Born to Star_ and _The Road Less Traveled – Raising Capital without Debt or Equity_. He’s currently Executive Director of Intelliversity and active team member of Entrepreneur’$ Bootcamp, Pacific Royalties, 22nd Century Ventures and Vantera Partners, and the advisory boards of another six companies. He works tirelessly to increase the amount of private funding available for innovation, science and impact investments.

To book your next appointment,: